This is another poem about civil litigations, comparable to No. 95, "Ere You Hear the Sound of Battle".  This poem celebrates the victory of victims who endured years of litigation to achieve a well deserved jury verdict of tens of millions of dollars. In 2019, in Oberlin Ohio, a jury awarded tens of millions of dollars to Gibson's Bakery, a small, family owned shop which had served the community for more than 100 years.  Oberlin College defamed the Bakery and it staff and organized a spiteful campaign of defamation and even physical attack.  Now, more than a year after the verdict, the College refuses to admit any wrongdoing.  Although the jury's verdict is on appeal, I have a deep sense of satisfaction and trust that the award will be upheld--so long as the Plaintiffs will continue their fight.

When the trumpet sounds the victory,
When the battle has been won,
When the enemies of honor
Have been shamed for wrongs they’ve done,
Pause to thank the Lord Almighty
Bow your head and bend your knees,
For our Savior’s grace from Heaven,
Was the power that set you free.

Bible Verses About Victory from God:

"For the Lord your God is he that goeth with you, to fight for you against your enemies, to save you." 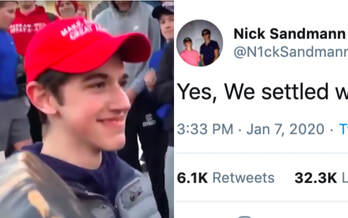