95.  Ere You Hear the Sound of Battle 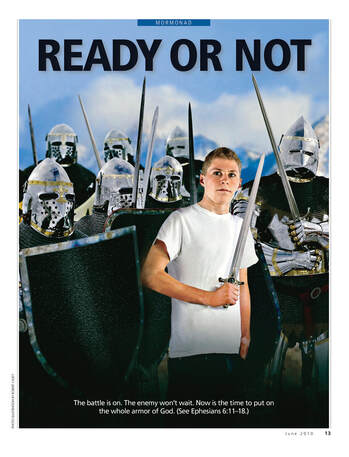 In 2019, Covington High Students in Kentucky were defamed by many large national newspapers with regard to an anti-abortion demonstration, a "March for Life", held in Washington D.C.  Nick Sandmann, a Junior at the High School, filed multiple civil actions in different jurisdictions against different newspapers seeking to clear his name from the libels made against him and others.  Hearing of the suit, I applauded the young man, but felt the following warning was appropriate.

"Ere you Hear the Sound of Battle"

Ere you hear the sound of battle,
Afore you hasten to the fight,
Count the cost and count your bullets,
That you might survive war's nights.
Every conflict has its wounded--
Even victors shall know pain.
So before you gird for trial,
Know you'll never be the same.

A few months later, my concerns appeared prescient, as one of several trial courts dismissed one of the actions on the grounds that the newspaper was merely presenting an "opinion" and not attempting to state facts.  The lie rankles.  However, Nick's attorneys were seasoned and dedicated and I trusted an appeal will be effective.

The appellate court first rejected Nick's appeal, and then had a "change of heart" and allowed the suit to proceed toward trial in a limited scope and form.  That was enough to motivate CNN, one of the defendants, to agree to a substantial settlement.  Although the "records were sealed", inside information led observers to reasonably believe the agreed payment was $250,000,000!

Subsequently, having more money to "fund the fight", Nick's attorneys filed NEW SUITS against NEW DEFENDANTS!  We thank Heaven for softening hearts and preserving this young man--whose life will never be the same again.

Helaman 5:2 "For as their laws and their governments were established by the voice of the people, and they who chose evil were more numerous than they who chose good, therefore they were ripening for destruction, for the laws had become corrupted.”